Our role in conservation

As a world-leading zoological institution, Wildlife Reserves Singapore (WRS) contributes to the conservation of biodiversity through a number of initiatives, including local and regional conservation support, wildlife research, and awareness campaigns to combat major threats such as the illegal wildlife trade.

Located in a region of high biodiversity, we are keenly aware that for most critically endangered species in Southeast Asia, conservation action is still inadequate in scope and scale. Through appropriate partnerships and collaborations with inter-coalition agencies and organizations such as the Asian Species Action Partnership (ASAP) and the IUCN Species Survival Commission, we thrive to identify gaps to ensure the highest conservation impact.

Through many of our captive breeding programs and the establishment of important assurance colonies for endangered wildlife in our parks we aim to further strengthen our role and active participation in species conservation.

To date, we have provided in-kind and financial support to over 50 wildlife conservation projects across the Southeast Asian region, focusing on species as diverse as the Sumatran elephant, the Tonkin snub-nosed monkey and the Burmese roofed turtle. Locally, we have been deeply involved in spearheading biodiversity conservation for numerous threatened species, including the Singapore freshwater crab and the Sunda pangolin.

Our commitment to conservation

In a bid to further the conservation cause, we have ongoing efforts in four key areas.
Research
Apart from providing our animals with world-class care, we also engage in activities that include research as well as breeding initiatives. We are actively involved in the rehabilitation of rescued local wildlife. In the last 30 years, the sun bear population is estimated to have declined by more than 30 per cent, mainly due to extensive habitat loss and illegal commercial hunting and trade. While an increasing number of sun bears have been rescued, they face oral health and body weight issues. Human-cultivated fruits that chimpanzees and orangutans eat in captivity are higher in sugar and water content compared to fruits they eat in the wild. Hence, a study is being conducted to assess the changes in these great apes as they transition to a more naturalistic diet. White-rumped shama populations of mixed descent have been found in Singapore, but their ecology and genetic health need to be studied further to facilitate appropriate conservation actions. Wildlife Reserves Singapore is funding a study projected to have far-reaching implications on wildlife management and policy, as well as conservation solutions.

Find out more
Lack of conservation capacity has been identified as a serious limitation for effective action across most countries in southeast Asia. WRS actively hosts, supports and conducts various capacity building workshops and conferences both in Singapore and in the region to bridge this gap. From 1-2 July 2017, 50 local and international conservationists convened at the Wildlife Reserves Singapore to consider the plight of the Sunda pangolin in Singapore and create a nation-wide plan for the conservation of the species. Approximately 60 experts from all over the world came for the second Asian Songbird Trade Crisis Summit at Jurong Bird Park, Singapore. Organised by Wildlife Reserves Singapore (WRS) and wildlife trade monitoring network TRAFFIC, the summit discussed the implementation of the conservation strategy for the endangered songbirds. From 14 to 18 November 2016, over 170 participants from around the world shared findings and discussed conservation strategies for various elephant and rhino species. The four-day symposium helped establish numerous avenues for collaboration between partners.

Find out more
From wildlife education and protection, sustainable  park operation practices, to animal enrichment techniques, we share knowledge about what we know best and inspire our visitors to value and conserve biodiversity. Across five public holidays from 2016 to 2017, Wildlife Reserves Singapore (WRS) set up a wildlife conservation booth at the Istana. Visitors learned about the importance of coexistence with local wildlife, as well as the need for responsible pet ownership, consumer awareness and wildlife-friendly sustainable practices at home. To raise greater awareness and appreciation for the biodiversity found in Singapore, Wildlife Reserves Singapore (WRS) set up a conservation booth at Nex mall on 27 and 28 May 2017. The booth engaged the public with activities and promotions encouraging sustainable practices.

The heroes behind our efforts 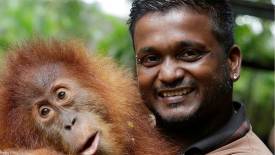 Kumaran and his team are responsible for the care of orangutans, chimpanzees, mandrills, proboscis monkeys and tamarins, and manage activities involving these primates. 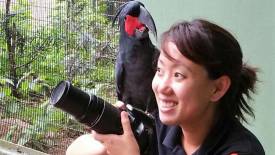 Kughan heads a team of keepers in charge of carnivores, such as the Malayan tiger, the Indian wolf and the Asiatic black bear. 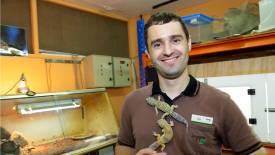 Jose is responsible for all aspects of care involving the reptile and amphibian collection - from general husbandry to enrichment and guest engagement opportunities. 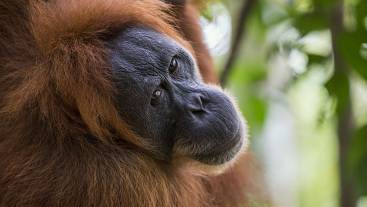 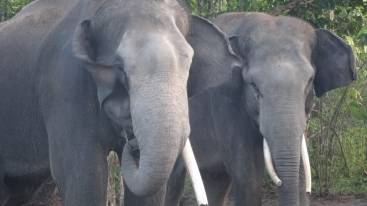 Way Kambas National Park in Indonesia is a 125,000-hectare sanctuary for the critically endangered Sumatran elephant. Its abundant natural resources, however, have attracted illegal logging, poaching and other such activities. These have compromised the integrity of the reserve and the safety of the elephants. 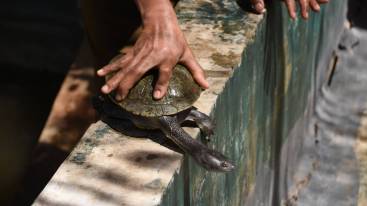 A turtle with its neck on the line

One of the rarest reptiles in the world, only two or three populations of the Roti Island turtle remain. Apart from being an extremely desirable collectible, this turtle is also hunted for its supposed medicinal value, its meat and even its eggs – by humans and feral pigs. 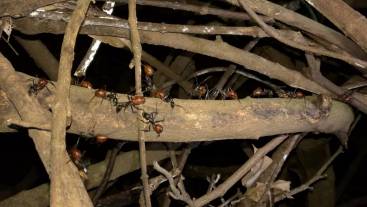 One of the largest ants in the world, the giant ant (Camponotus gigas) can grow up to 2.5 centimetres in length. In comparison, common black ants are only about one-tenth its size, while the bigger fire ants are just a quarter of its size. Regardless, ants in general play an important role in our ecosystem. Tigers on the brink Discovered by Sir Stamford Raffles himself, the Raffles’ banded langur (also known as banded leaf monkey) was once commonly found throughout Singapore. Today, it’s on the Endangered list, but research has revealed that it may be an even more threatened species than is currently recognised. Millions of pangolins have been illegally traded in the last 10 years - more than the number of poached elephants and rhinos combined. While there are no reports of poaching in Singapore, local Sunda pangolins have suffered massive habitat due to the city-state’s rapid urbanisation. Numbering between 4,000 and 4,500 in the wild, Javan gibbons face severe habitat loss caused by increasing land use for human development. The primates end up in fragmented pockets of forests which are too small to support them. 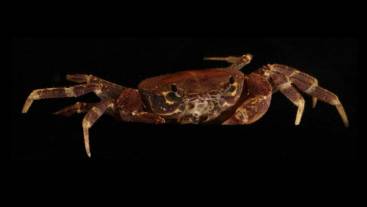 Little is known about the critically endangered Singapore freshwater crab, which can be found in only three small streams in Singapore. It is hoped that research will shed significant information on the biology and subsequent conservation of one of the world’s 100 most threatened species. Spatial ecology of the reticulated python

While Singapore is predominantly urban, the reticulated python – the world’s longest snake – is frequently encountered in the island. A study tracking their movements will help clarify their role in the control of urban pests, particularly rats, and in the prevention of the spread of diseases.