Find me in
Squirrel Monkey Forest 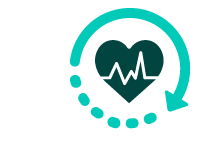 in the wild, 27 years under human care and canopy level of tropical primary and secondary rainforest The most abundant monkey species of the Amazon rainforest, the squirrel monkey forms troops of as many as 300 in the wild. Commonly found near large bodies of water, they lead an arboreal life in the forest canopy.

These opportunistic feeders feast on fruits and leaves when the forests are flooded. In the dry season, they adopt a more insectivorous diet. Squirrel monkeys are sexually dimorphic in a seasonal way. Male squirrel monkeys gain weight during the two months prior to the breeding months from September to November, piling on as much as 30 - 40% of their body weight.
Water and fat is stored between the muscle and skin on their head, shoulders, upper arms, and ribs. The larger they appear, the more appealing they are to females. It’s probably for this reason that our dominant male is named Arnold (after Schwarzenegger) Squirrel monkeys have at least 25 to 30 calls, which can be broadly categorised as peeps, twitters, chucks, cackles, pulsed calls and noisy calls.

They are also known to engage in a “urine-washing” display, where the monkey, male or female of any age, urinates on its hands and feet and then wipes them on its shoulders, arms, and legs.

This may be a display of dominance, or it could serve to communicate reproductive hormone levels, even regulate body temperature. Our monkeys traverse the Squirrel Monkey Forest with their ‘urine-washed’ hands and feet. They use the railing of the boardwalk as their main passageway, leaving the scent of their urine as they go. Be mindful that the monkeys are extremely territorial, so keep your hands (and scent) to yourself. Observe them from a respectful distance and do not reach out to touch them. Please also refrain from bringing food into the aviary. Squirrel monkeys are popular as pets. Illegal hunting and capture for the pet trade or medical research pose threats to their continued survival in the wild. Do not keep exotic pets and get your pets only from responsible sources. Come and visit us

Watch and be amazed at our squirrel monkey.... 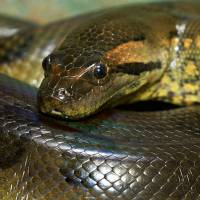 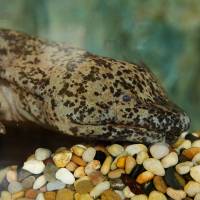