Find me in
Wings Of Asia 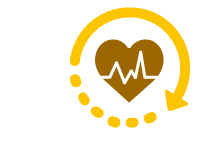 Also forest patches next to farmland 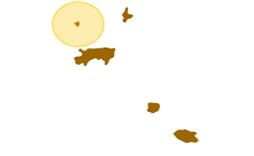 This bird is observed to perch on low branches and roost in trees. It comes to the ground to forage for food and this is when it is most vulnerable to the introduced rats, cats, dogs and pigs that are found in much of its range.

Tinakula, which is free of rats and cats, used to be a safe refuge and stronghold for the birds. But even there, the bird was not safe from the resident yellow crazy ants. It was also heavily targeted by locals who visit the island to hunt, as well as gather fruits and cut trees to make canoes. Disaster in the making

Many of the birds on Tinakula were caught and collected by trappers in 2017. A number were confiscated in the Solomon Islands before they could be smuggled out of the country. Some others probably ended up in the international cagebird market, unfortunately.

Cyclones and volcanic eruptions also pose a high risk to the birds residing in Tinakula. In October 2017, the Tinakula volcano erupted, destroying a large part of the island, possibly killing off a large proportion of the remaining birds in the process. Emergency aid for the doves

In November 2017, 112 doves were found in cages, set to be sold. OceansWatch, an NGO based out of the Islands, rescued the doves and appealed for help on social media. BirdLife International reached out to Jurong Bird Park and together, we provided emergency medical and husbandry aid.

Our swift response and expertise resulted in 100% survival rate for the rescued doves – a feat considering the majority of animals rescued from the illegal wildlife trade succumb to stress and dehydration, despite the best efforts of their rescuers. Tell us more about the rescue of the ground-doves.

BirdLife International linked us up with conservationist Joe Wood after a call for help went out on Facebook. I packed medical supplies to bring with me, including antibiotics. When we got to the Islands, we found the doves in poor condition, and housed in a cramped space. We quickly set about stabilising their condition. Thankfully, all 112 of them pulled through. That was just the first trip, right? What happened after?

We wanted to bring the birds back to Bird Park, where we have proper breeding and care facilities. So I went back to the Islands a second time, this time with avian vet Dr. Neo, to perform pre-import checks on the 60 birds we were flying back. Dr. Neo became the first authorised vet to practise on the Islands! Wow! How did it all go in the end?

Upon getting the all-clear, we rushed back to the Islands to meet the window period for import. The crates were pre-ordered according to IATA standards. Upon landing, we checked the crates, prepped the ‘in-flight meals’, filed the necessary paperwork and flew back together with the birds. Joe, with the support of Toledo Zoo, continues to care for the remaining birds on the island. How are the birds doing and what’s our plan for them?

They’ve settled in well at our breeding facility. The birds represent possibly half the world’s total population of this species. We’ve seen four chicks hatch successfully – cause for celebration! We will continue breeding efforts in the hope of eventually reintroducing the birds back to the wild. Crusade to save the Santa Cruz ground-doves

We hold 60 of these birds in our collection, likely half of the surviving population of this species. The birds have come a long way, from the severely malnourished state we found them in on our first rescue mission to the Solomon Islands. They have started breeding and the chicks are an important addition to the global population of the species. 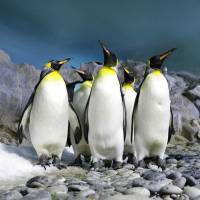 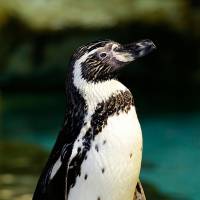