In land-scarce and ultra-modern Singapore, it's not uncommon to still encounter monkeys in the wild, which people sometimes deem a nuisance. So how can local residents appreciate the fact that some of these primates are rare and special in our natural landscape?

Unbeknownst to the majority of people in Singapore, the Raffles’ banded langur (formerly known as the banded leaf monkey) is one of only three non-human primates to be found locally. It's so named because it was discovered by Sir Stamford Raffles almost 200 years ago.

Thankfully, ongoing field research since 2010 has revealed that an estimated 40 to 60 banded langurs are still left in Singapore. Although its population has slowly increased, being a small and isolated group, the langurs still face a high risk of extinction, with insufficient genetic diversity among them to ensure their survival.

Identifying its species status and its chances of survival 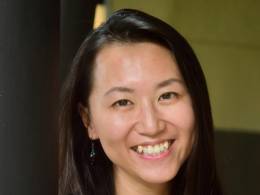 Preliminary data suggests that this subspecies may likely be a species of its own. If that's the case, then the Raffles’ banded langur in Singapore, and Johor, is a species that merits immediate conservation attention.

Building on past research, National University of Singapore student and primatologist Ms Andie Ang, is leading a study to clarify the species status of the Raffles’ banded langur (Presbytis femoralis femoralis), the biggest extant non-human primate in Singapore.

The project is using non-invasive sampling techniques to obtain genetic information to clarify the species’ taxonomic status in comparison with populations of banded langurs in the northern Malay Peninsula and Sumatra, Indonesia. Another objective of the study is to carry out population, distribution, and ecological studies in Singapore and Malaysia.

Putting our best intentions into action

We have engaged Dr Ang to set up and chair a Raffles’ Banded Langur Working Group. Over the course of two years, the group will map out a Species Action Plan, which will be used to guide and implement the conservation work for this species in the coming years.

Implementation of the action plan will require close collaboration between all major stakeholders in Singapore and Malaysia. This project will also form the basis of a national conservation action plan to manage and ensure the long-term survival of a critically endangered species in Singapore. It will provide the data necessary for the assessment of whether there's a need for a captive population and conservation translocation in Singapore.