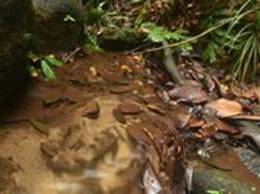 Although the technique and expertise to keep this species in captivity for extended periods of time have been developed, successful breeding remain elusive. While some individuals were observed to be gravid on several occasions, the eggs did not hatch.

This project will study various aspects of the Singapore freshwater crab’s ecology including population size, distribution, life history and the genetic variation of the different populations. Findings derived from the study will subsequently be used to establish new populations by introducing the species to new suitable sites.

The feasibility of establishing an ex-situ population will also be investigated and progeny from captive individuals could be used to augment existing wild populations.

Findings from the research could shed significant information on the biology of one of the 100 most threatened species globally and contribute greatly to protecting one of Singapore’s few endemic species. 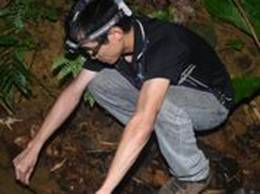 A population of these crabs are being managed in a captive facility to explore husbandry best practices on how to manage them.

This study will lead to greater understanding of their needs and behaviour. Potential captive breeding success will lead to the establishment of an ex-situ population, which may be necessary to conserve this species in the long run.

This research will shed more light on this highly threatened but poorly known species, and the findings will contribute considerably to its conservation.